Joining a group is one of my top tips. It can be scary, opening your work to the comment of strangers. I seem to remember I was in awe of the members when I joined and introduced myself rather diffidently saying that I’d like to try my hand at fiction. Over time, I got to know them. There are about a dozen people in the group, some poets, some short-story writers, some novelists, and some dramatists. Some of them are published, some have won prizes, others not. They write for very different reasons. Some write because they want to be writers, some for their own pleasure or to externalise things they’re thinking about. We are a dozen fairly ordinary human beings. The good thing about the group is that we offer criticisms of each other’s work. If you don’t have a group near you, and you don’t feel like starting one, you can always join an on-line writing community. I later also joined one of these, Webook (http://www.webook.com).

Giving and receiving criticism, in writing as in life, is a skill that has to be acquired and practised. Writing is a very personal thing. We often feel as protective of our words as we do of our children. Criticism can wound. We can too easily fend it off by thinking “Well, that’s just your opinion” or “You don’t really understand what I was trying to do”. It’s good practice, even if you don’t agree at first, to make yourself listen. Try to understand what it is that might make a reader feel thus about your work. Would other readers also be likely to feel the same thing? Take time afterwards to think about the comment, after the sting has worn off, and ask yourself “Could they have been right, after all?” Of course, you won’t change everything just to please the critics. You do have to have confidence in your own work, just not over-weaning confidence.

Learning to give criticism can be equally hard. Again, there are some good practice guidelines. Start with something you did like about a piece before going on to what you didn’t like, for example. Being specific is important. If you don’t like something, figure out what it was that made you not like it, and if possible think of suggestions for how it could be fixed. Which brings me to another point, all criticism should be constructive. You’re trying to help someone else, not tear them down.

Sometimes, in our group, people have felt that the criticisms were negative and we’ve had to spend time exploring what way of commenting works best for us, and recognising that the rules may be different for different people. I know that for me, with an academic training, truth is often foremost in my mind, and I have to make myself think before I speak about how others may hear what I want to say.

It’s important to know how to give criticism, because if you give, you’ll get. Most communities of any kind work on this principle of reciprocity. If you offer to help another writer by reading through all 39 chapters of their book, they will do the same for you. My friend Toni (http://toniallenauthor.com) in the group has patiently read through three manuscripts for me and I’ve done the same for her.

How you think about being critical is a personal matter. It’s as varied as how you think about writing at all. Personally, I tend to think of writing as having three main elements: the story, the characters, and the writing. Good story-telling requires a polished performance in each of these areas. Often a good plot line may be marred by unbelievable characters, or a great character by a choice of words that doesn’t reflect their personality. Webook, the online writing community I belong to, has a template for criticism divided into categories “General”, “Plot”, “Character Development”, “Structure” and “Tone/Voice”. Just do whatever works for you, and try to apply the same critical thought to your own work. 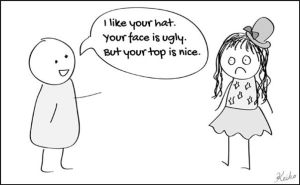 I know that joining a group was a critical step in my apprenticeship to fiction writing. It may work for you too.