In 2011, I wrote a book, still unpublished, about how stories work called The Scheherazade Code. This series of posts draws on that book. The last post discussed the way stories shape our sense of self. This second post deals with how stories construct our sense of the world.

Scheherazade told 1001 stories to keep herself alive. The king was entranced and fell in love with her. Spin doctors, marketers and hoaxers use this same story code. If we crack the code then we can’t be hoodwinked: even by ourselves.

The history of moral panics about children illustrates the pervasiveness of narrative.

‘Thus entertained and equipped, the wide army of the children of the poor are sent on their way to take part in the great battle of life, with false views, false impressions, and foul aims.’ 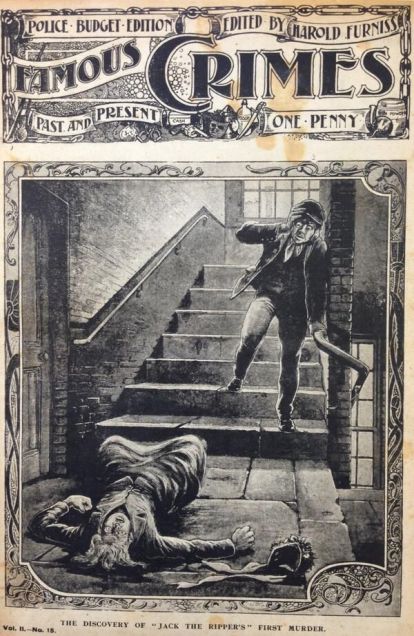 So said the Edinburgh Review a century and a half ago, railing against the moral influence of the Victorian ‘penny dreadfuls’. These were serialised and often gruesome pamphlets, featuring retellings of crimes, arrests and punishments, along with romances of lawlessness, and Gothic horror tales. A hundred years later, in the United States, the book reviewer of the Chicago Daily News in 1940 raised the same standard against children’s comics, writing:

‘Their crude blacks and reds spoils a child’s natural sense of colour; their hypodermic injection of sex and murder make the child impatient with better, though quieter, stories. Unless we want a coming generation even more ferocious than the present one, parents and teachers throughout America must band together to break the “comic” magazine.’

Modern readers will recall almost identical moral panics about the impact of satanic videos. Later came the contemporary scares about the corrupting effect of the Internet and social media on our children. The medium and the technology changes, from penny dreadfuls to the Internet, but the story persists through the centuries. We fear the way youth culture corrupts our children, and we fear the changeling children who succumb. This persistent moral panic is an example of a social narrative. The story lives a life of its own in our culture, morphing a little to fit the age, but essentially unchanged. Understanding how and why we make these stories has implications for everything from how we live our lives to how we run our world.

The rules for making stories are like a code. I call it the Scheherazade Code, after the famous narrator of the 1001 Arabian Nights stories. Decoded, it gives us critical distance and more control over the impact narratives have on us. There are many devices for structuring the meaning of a story. Among the most common devices are the ‘Alien’, the ‘Nudge’, the ‘Scales’, and the ‘Frame’.

The demon children story, which I referred to at the beginning, illustrates a standard device: the ‘Alien’. In an ‘Alien’ story, the subject is rendered ‘other’, different from us, and makes no call on our sympathies. Wartime propaganda often uses the device to demonise the enemy. But it also recurs in stories about any groups we fear. The British media, for example, uses the ‘Alien’ to describe not only ‘feral children’ but also immigrants. A Daily Mail article in March 2009 about illegal immigrants to the UK talked of a ‘relentless rise’ and a ‘massive surge’. No longer people, these immigrants are now an inundation.

The ‘Nudge’ is a device beloved by the advertising industry in its narratives of hope and fear. The ‘Nudge’ works by loading a story with an embedded cargo of other stories. This cargo surreptitiously nudges our emotional response to the facts of the main story. The metaphor of inundation in the Daily Mail article about illegal immigrants functions as a ‘Nudge’. Car advertisers combine the technical facts about the vehicle, with a nudge towards the sexual prowess, the power, the freedom, and the lifestyle the car embodies. Antibacterial soaps and handwashes are marketed by nudging mothers’ fear of the dangers surrounding their children. ‘You may not see germs. But they are everywhere’ is how an advert for Dettol begins. Advertisers don’t just tell us that soap cleans, but that it protects us from hidden perils.

The ‘Nudge’ and the ‘Alien’ are obvious ways in which the meaning of facts can be put in a different light, changing the way they are read. The ‘Scales’ operates rather differently. This device appears to offer the reader fairness and balance. It is often used in news reporting to ensure coverage of both sides of a debate. Ostensibly nothing could be more balanced than that, and indeed it often functions that way. However, the device can also be deployed mischievously. A false scale may be used, to tip the reader’s impression towards one view. The easiest way of doing this is to pit a strong account against an opponent who only mildly disagrees. Or a controversy can be manufactured where one doesn’t really exist. This is particularly misleading in reporting on scientific issues. The false Scales device is often found in portrayal of the climate change debate. Among climate scientists there is now consensus that human activity is causing global warming. But when news reports give equal weight to the climate scientists and to the deniers, the reader is led to believe that the issue is still unresolved.

Perhaps the most subtle of the devices is the ‘Frame’. Stories, just like pictures, depend for their meaning on how they are framed. The photographer can change the way we read a picture by what is included in the composition and how it is cropped. A storyteller may do the same. So, it’s important how much of context we are given. This goes to the heart of how narrative works. It has been said that ‘facts are all things that objectively exist; truth is the connection between them’. By changing the framing of a story we radically alter the connections between facts and thus the sense of what that truth is.

The public debate about the English riots of August 2011 provides a fascinating example. The mass media at the time described ‘an orgy of violence’ by ‘gangs of teenagers’. But the facts were perplexing and led to varying narratives afterwards. The liberal press, predictably, focussed on underlying problems of poverty and marginalisation. But if they were riots, what was the political grievance? Of those arrested, 45% of charges were for burglary and only 26% for violent disorder, not what would be expected in a riot. If they were simply criminality, ‘shopping with a crowbar’, as the conservative media suggested, why was there so little involvement of criminal gangs?

Press coverage of the disturbances, both liberal and conservative, largely focussed on the characteristics of the social underclass. This way of framing the story cast it easily into a variant of the ‘Alien’. The perpetrators were not people like us. But there were a few notable exceptions to this framing, which located the problem in a much wider context. Peter Oborne, writing in the Daily Telegraph on 11 August 2011, argued that ‘the moral decay of our society is as bad at the top as the bottom’. He drew into his frame the public outrage at bankers’ bonuses, Members of Parliament fiddling their expenses, and the misdemeanours of footballers and other celebrities. The acquisitive consumerism that fuelled the looting of trainers and wide screen televisions, according to Oborne was connected to the looting of the public purse by bankers and MPs. In his framing of the story, the subject becomes society at large, and the example set by those at the top.

Since we naturally turn everything we know into stories, we can’t escape their influence by an appeal to the ‘true facts’. But we can use the rules of story making, the Scheherazade Code, to remain critical and sceptical and to search out different, and perhaps better, stories.