The obvious, though sci-fi, answer is yes. Unless you believe in some immaterial human essence, human brains write books. Human brains are built of linked neurons in massively complex arrays. When we can emulate this complexity, whether the emulation is built of car tyres, tin cans or software routines, the same thing will happen. Conscious minds will emerge with thoughts, feelings and creativity. They will be able to tell stories and write books. Though some scientists think artificial intelligences may need bodies as well to be fully aware.

That doesn’t really help in answering the question now though. Most experts believe we’re at least 35 years away from being able to build artificial intelligences of this complexity. It’s great fodder for sci-fi writers. It exercises those tasked with considering in advance what rights such beings should have, and also how we should protect ourselves against the a Terminator threat.

So right now, when many jobs are about to be handed over to robots, including some quite skilled jobs, is my job as a writer safe? It’s not such a bizarre question as it might sound, at first hearing. Already, millions of share trading decisions are made by software algorithms, rather than City spivs. Machines are much better than humans at highly skilled tasks involving pattern recognition. Radiographers scanning X-rays for signs of cancer will soon be replaced by software which never gets tired and never has a fight with its partner. Even in the creative field, machines are producing music and images. So why not in writing as well? And if so, would it be any better than the “prolefeed” that George Orwell imagines in Nineteen Eighty Four?

There are any number of formulae offered to us aspiring writers to help us write better and more compelling novels. If you fed these formulae into a computer, could it produce a story?

Many of the plot tools are based more or less on Campbell’s “Monomyth”. Campbell believed that all stories ever told are in essence one archetypal story, and outlined the elements of it in his book Hero With a Thousand Faces. George Lukas followed this archetype faithfully in creating the movie Star Wars. The Novel Factory for example outlines six key elements of plot:

There are many other similar formulae, such as the Agile method and the Snowflake method. The Agile method offers a course which claims to get a writer to first draft in six months and says dozens of novels have been written using it.

To see what would happen, I developed a formula based on an amalgam of several methods. I used it to create the story board for my current novel The Golden Illusion, which divides the plot into eight stages:

And then of course there are the algorithms for text and grammar correction such as Pro Writing Aid, which I wrote about in recent posts.

So could a computer programme be written to spew out best-sellers? There are lots of artificial intelligence scientists working on this, but the reassuring answer for all us wordsmiths seems to be “not yet”, as an article by Tom Meltzer shows. Machines don’t yet have any capacity for imagining. They have no means of understanding what a piece of text means. And they have trouble generating the many figurative ways in which people express themselves. Much of what they produce is either bland, or very short. 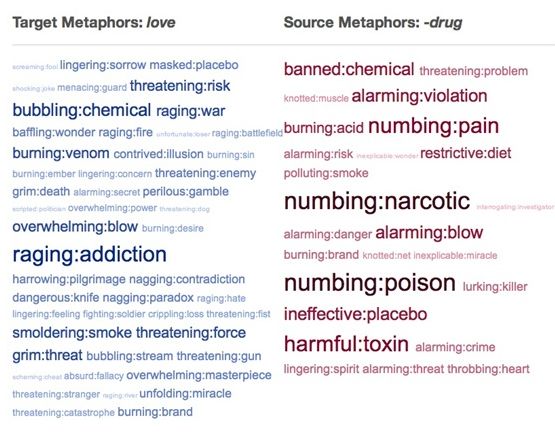 From the Metaphor Magnet

Consider this story, written by the software routine Scheherazade:

John got into his car with his disguise, gun and note in his knapsack and headed towards the Old Second in the next town over, repeating his rehearsed demands silently over and over in his head.

John watched while a little old lady left the bank and walked to her car and then slipped on his gloves, slipped his gun into his coat pocket, grabbed his mask and strode determinedly to the lobby door and pulled it open.

John looked at his reflection in the glass of the door, gave himself a little smirk and covered his face. John took another deep breath as he wondered if this was really a good idea, and entered the bank.

John looked around the bank, making sure his timing was right.

John spotted a young blond teller, Sally, behind the counter.

John stood behind the lady and toddler and politely waited his turn, noticing the nameplate on the counter … “Sally”.

When it was his turn, John, wearing his Obama mask, approached the counter. Sally saw Obama standing in front of her and she felt her whole body tense up as her worst nightmare seemed to be coming true.

Once Sally began to run, John pulled out the gun and directed it at the bank guard.

John wore a stern stare as he pointed the gun at Sally.

Sally screamed hysterically which alerted other people in the bank.

Pretty mechanical, though adding a grammar editor might have made it harder to distinguish from an extremely poor human effort.

When the bank robbers that break into calm vaults hide behind livid masks.

Ink and soul cooperate with paper

One is by a human, from a blog I follow, In Noir Velvet and one is from a software project called Metaphor Magnet. Not so easy to tell, and I’m not going to let on.

Undoubtedly software will get better in leaps and bounds at generating stories. But there may be a more profound critique of the formulae.

The formula doesn’t work very well if you follow it religiously. I found in my own experiment with a formula in The Golden Illusion, that the plot rapidly spilled over the boundaries of the boxes. Characters began to do things I hadn’t expected or planned. I also found that there were creative problems I had to solve, about plot, sequence, causality and voice for which the formula provided no help. I moved the “call to action” (which was plotted to come to in Chapter 3) right up to beginning of Chapter 1, so there was a “hook” into the action.

Following formulae will produce similar stories. Campbell argued there was only one story – a universal narrative archetype. Critics of Campbell’s Monomyth argue that the similarity in the stories he analysed don’t express an archetype. Rather they reflect the fact that all the stories were created in similar conditions – namely by story tellers to please their rich and powerful aristocratic patrons. Women writers have pointed out similarly that Campbell’s stories were all told by men and don’t include the stories mothers tell their children.

It may not be that hard to invent a story, but it’s considerably harder to write a good story.