I don’t just write – I write myself at the same time as the stories. Or at least, I explore myself in the act of writing, and discover things I didn’t know.

There are now enough novels under my belt (five) to constitute an oevre (yay). As an avid analyser, I can now explore what this tells me.

If your story has a secret reveal it from the top.

The drama of the story is in how the protagonist deals with his secret.  But there are also magic realist elements of a parallel story of a wandering minstrel in Moorish Spain. What connects both of these strands, which begin to interweave, is a commentary on truth in which identity becomes the story we tell ourselves and other people.

Now that is all pretty interesting to me (though whether it is to you, only you can say). I hadn’t set out with the intention of writing flawed protagonists. Noble heroes are much easier to like (though arguably much less interesting). Readers identify with heroes, but their sympathy is engaged by flaws. So I guess, a first principle of my writing is

Your protagonist doesn’t have to be likeable, but s/he does have to be interesting

Am I using my characters’ flaws to explore something in myself? Possibly, but if so, I don’t know what it might be. The characters all have different flaws. I don’t think they’re me, though each of them has some aspect of me. I didn’t consciously decide to write conflicted protagonists. It just happened. So, I reassure myself that I just enjoy the depth that a flawed character allows.

The preoccupation with what things mean is definitely me, and the idea that we are all stories is certainly a recurring theme. The first book is even called Identity.

Facts are everything that exists. Stories are the connections between them. Stories tell us what goes with what, what is important and what is unimportant, who to praise and who to blame.

The multi-threading is also a signature. I like stories with layers, especially where the layers “rhyme”.  Just as a piece of music is dull if it only has a simple beat and melody, so with a story.

Complexity rewards the reader’s attention when s/he recognises recurring motifs. Complexity also adds ambiguity, blurring certainty. It makes the reader part of the story’s construction, because there is no single reading, there are as many stories as there are readers. A story only belongs to the author up to the moment of publication. From then on, it belongs to the readers.

Images and metaphors from myth and religion recur frequently in my work, even more so in the short stories. Which is odd really, since I’m not religious. Or maybe I am, and I just don’t know it. I wrote a story, Cara’s Saga, which is a deliberate bricolage (a delicious French world, meaning a construction from a variety of a diverse range of things). And that, of course, is the attraction of bricolage. The story invents a world which is part Inca, part Australian aboriginal, part Canadian northwest seaboard, wrapped up in a homage to Norse sagas. I loved writing it. The Sumerian goddess Ishtar is a character in The Tears of Boabdil.

And there’s a clue there to the pre-occupation underlying it. I’ve been planning to write for most of my working life, but decided not to (at least not write fiction) until I could write whatever I damned well pleased without having to worry about whether it was commercial. I always imagined I’d write science fiction. And yet, I’ve written very little of that genre. I like to explore different worlds, both for the curiosities I encounter there and for the underlying music of the universal human spirit at work. It turns out that the most interesting worlds to me are not those with elves and dragons (I actively dislike elves and dragons), or empires in other galaxies. The most interesting worlds are those inside people’s heads. I’m interested in the ways that people understand things, and how that makes them act.

Stories should take us to places we’ve never been before, and introduce us to characters we’ve never met before. The writer constructs a new world for us. But you don’t have to cross galaxies to do this. Inside every head there is a world which, to the rest of us, is unimaginably different and strange. Since we can never enter these worlds in reality, it’s the job of fiction to take us there and show us our friends, our partners, and our children as they really are.

If we were all aliens beneath the skin, that would be as scary as the pod people in the classic (McCarthy era and anti-communist) sci-fi movie Invasion of the Body Snatchers. So the work of fiction is not to render people as “other” but as (at least in part) delightfully like us. We have to be able to understand and empathise with the alien universes inside their heads.

I think getting a handle on how those mystifying creatures around me think and feel and construct meaning is my main motivation for writing.

And that’s probably why I’m so drawn to religion and myth. I wasn’t even really aware of this until I was doing a reading at a “Lit Live” event in Frensham and the poet, Jo Young asked me why I used so much religious reference. The impulse is literary, not a religious. These are simply great stories, the best our species has created. And why are they so great? Because they have been the glue which binds communities and peoples together. They express universal longings and fears, and explain, in their distinct and unique ways, cultures to themselves.

Religion and myth are a wonderful toolkit of story pieces. 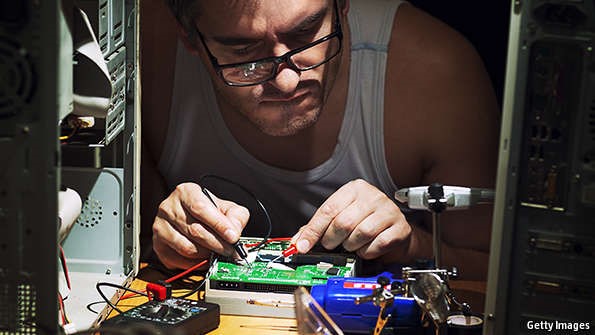 Like an electronic hobbyist, the writer can take characters and themes and events from them, and plug these into the circuit board of a story. And when narrative current is passed through them, they resonate with deep energy that draws in the freight of hundreds or thousands of years of storytelling.