Can stories give us a tool for understanding and exploring complexity? Or, do they just reduce everything to simple repeating narratives, an infinite number of vampires, coming of age, and heroes’ quests?

The world is full of complex systems. There are economies (remember the crash of 2008?), ecosystems (we’re on track to warm the planet by at least 3o C) and the enchanted loom of a brain. The study of complexity is now an academic discipline. Unlike the simple systems, which classical physics excelled at explaining, complex systems exhibit behaviour that nobody predicted. Bicycles are simple systems – you can take them apart and put them back together again. Frogs are complex systems – if you take a frog apart, you can never put it back together again. Isaac Asimov’s famous Foundation novels imagined a science of psychohistory in which the activity of large populations could be averaged and predicted. Though, even then, much of the drama of the novels comes from incidents where events escape the line forecast by the “Prime Radiant”.

So what role can stories play? Can they help us express something about the way new properties emerge from interactions? Or how small changes can lead to sudden big catastrophes (remember the flapping of the butterfly’s wings in the Amazon, leading to a tornado in Kansas). At their worst, stories repeat the mantras of our average-driven society, in which we strive to be exactly the same as everyone else only better. At their best, they illuminate the unique and the unexpected. For example, we’re taught to think of people as either good or bad, either white hats or black hats. These days, we want more complexity – we enjoy heroes, such as Sherlock Holmes, struggling with their flaws, and villains, like Hannibal Lecter, with a human rationale for their evil.

By showing us how evil is part of humanity, we might just learn to stop demonising our villains and instead discover how to prevent it. There’s no point in continually saying “never again” if we don’t understand that the perpetrators of atrocities are people pretty much like us. Stories are very good at revealing what goes with what, something with which academic analyses struggle.

Lest anyone thinks that I’m arguing that we’ve got more sophisticated in our demands of stories, here’s a cautionary note. In the Western literary tradition we have lost the complexity of the Trickster figure. Trickster exists in almost every culture, and his/her role is to break social and physical rules, disrupting normal life and recreating it on a new basis. In indigenous North-western American cultures, Coyote is an example. In the Norse myths, Loki is another Trickster, as is Monkey in Chinese literature and Nasrudin in the Middle East. European tradition had figures like Till Eulenspiegel and Reynard the Fox. 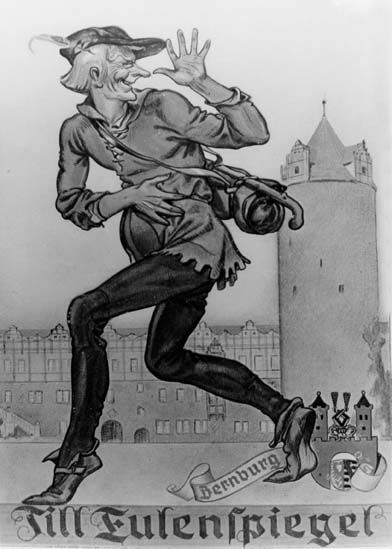 Why did the Trickster vanish from our tradition? Nobody is sure, but the explanation I find most convincing is that an increasingly regulated European society wanted to draw rigid lines between good and evil, between creation and destruction. A Trickster figure who spanned and broke these boundaries was too subversive. Between the realms of the divine and the satanic, the frontier became impermeable. In this, at least, our ancestors embraced a more complex understanding of nature and human nature than we do. The Trickster shrivelled and all we are left with today is the impoverished and emasculated Jester figure.

One day, when I’m a good enough writer, I may try to resurrect the Trickster.

One thought on “58. Complexity, stories and the Trickster”