Has your creative well run dry?  Don’t worry. Writing isn’t a mysterious process that depends on random visits from the muse. It’s a craft, and there are craft techniques for generating ideas when none come on the aether. I should confess neither of these techniques is mine.

The first workaround comes, I think, from Boris Fishman but I may be wrong. Putting together things that aren’t related is the basis of metaphor, that mainstay of poetic creation. So, if you’re stuck, just give yourself two unrelated random things and then create a story that links them. Say you choose swan and company. Here’s my example of a story that links swan and company.

I love the mechanical simplicity of this workaround. You can create a story idea in five minutes. It comes from Dan Harmon.

Step 1. Your mind is blank. 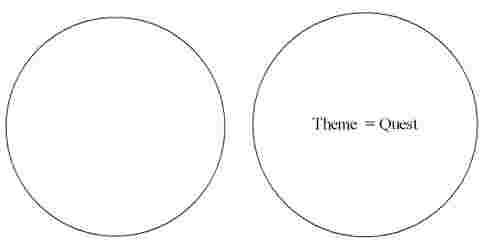 Step 2. Start with a random idea, anything that interests you, anything at all. Harmon explains his technique with “racoons”. I’m going to be more pedestrian and use “quest” because that’s what a lot of writers write.  Draw a circle as the world of the quest.

Step 3. Now draw a line horizontally through the circle, dividing it into upper and lower halves. As yourself what those halves might be. Maybe the upper half is the everyday, known world, and the bottom half is the special, unknown world of the quest. Label these halves.

Step 4. Now divide the circle again with a vertical line dividing it into left and right halves. Decide what this division is and label it. Maybe it’s fearful and brave.

You now have four quadrants. Going clockwise around the circle from the top, your protagonist will start in the known world and fearful. S/he will travel to the unknown world, where terrifying trials await. In the course of these challenges s/he will discover courage and then return changed to the known world. As you can see, this is the Hero’s Journey.

In Harmon’s example, the divisions are biological/ storybook racoons and honest/ dishonest racoons. Pick divisions that have resonance for you and which you feel excited to explore.

4 thoughts on “118. Two great ways to free your creative juices”